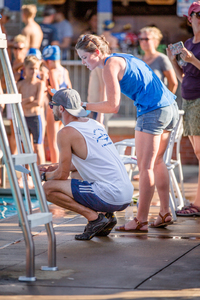 Swimming has been a part of Kaila’s life for the past 24 years. She started swimming when she was 6 years old at her local community pool, Murrysville Swim Club. She continued her swimming career throughout high school at Franklin Regional School District as well as on FAST. While at Franklin Regional, she qualified for WPIALS all four years and also attended PIAA Championships her Junior and Senior year. She graduated from Slippery Rock University with a Bachelor of Science in Mathematics and her Master’s in Education from the University of Pittsburgh. She has been a math teacher for the past four years at Fox Chapel Area High School.

While at SRU, she was the Founder and President of the Slippery Rock Swim Club; a club team that is still successful eight years after she graduated. She took on the role of head coach, teammate, and swimmer during her years in the club. She successfully received funding from the student government for Swim Club Nationals in Georgia both her Junior and Senior year, where the club competed against 63 other club teams.

Kaila coached for five years as the Assistant coach for Fox Chapel Area High School Varsity Swim Team. She decided to take a break from coaching at the high school level due to the birth of her first son back in November of 2020. She is excited to begin her 7th season with CSC. 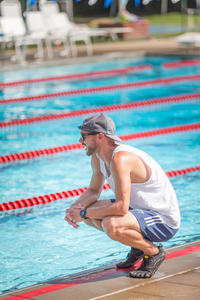 Jake is back for his fifth year at Community Swim Club! Prior to joining our ranks, Jake spent the past 4 years with the YMCA of Greater Pittsburgh working as an outdoor education specialist and day camp director. He also was the aquatics coordinator for the South Hills YMCA Tiger Shark Swim Team, located in Washington County. Additionally, Jake's previous work with the YMCA focused on parent-child programming and youth volunteer development.

Jake received his Bachelors of Science with a focus in Applied Mathematics from the University of Pittsburgh at Greensburg in December 2011. During his time at Pitt-Greensburg, Jake competed as a member of their NCAA Division III Men’s Soccer program. Jake finished his career appearing in 65 matches and amassing 5 goals and 7 assists for a total of 17 points from his center-back position. In the Fall of 2010, Jake was named to the AMCC First Team All-Conference and was selected as a member of the NSCAA Great Lakes Regional All-American team. Jake concluded his collegiate career by being named the 2010-2011 Pitt Greensburg Male Athlete of the year, an award that recognizes overall athletic and academic accomplishment.

In his free time, Jake enjoys all outdoor activities including hiking, fishing and mountain biking. Recently, Jake received his Masters of Arts in Teaching from the University of Pittsburgh with a focus on secondary mathematics education. Jake is currently employed at Brashear High School where he teaches AP Statistics and Algebra II. He is also the head men's soccer coach at Brashear High School. Jake is looking forward to working with our team of coaches, volunteers and parents to ensure another successful summer season for all swimmers.